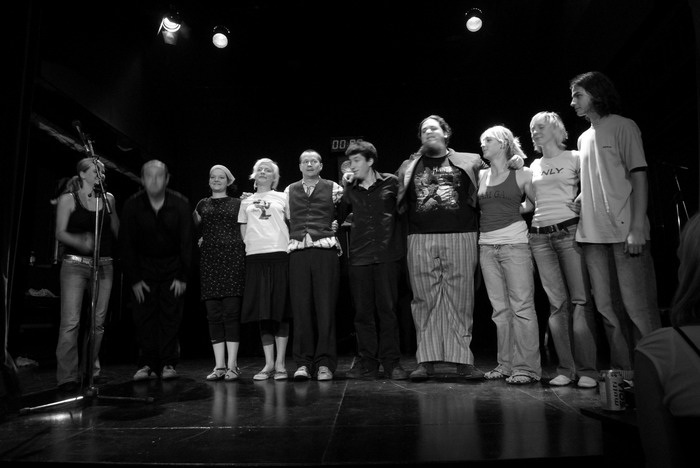 On Sunday, 10 June, 2007, KUD France Prešeren hosted the 2nd contest of the Impro leauge  great finale, a contest in theatrical improvisation. The teams of Veselička and Modro Nebo competed to win the title of the best in the game of spontaneity and vivid imagination. The show being governed by impulses from the audience as it is, received yet another surprise as Siddharta's Primož B., Tomi M. and Tomaž O.R. walked the stage to deliver a box to the show's host Gregor Gruden. The box contained instructions for the final scene of the improvisers' show. It is always in the last minute that the improvisers get these instructions (e.g. how many improvisers are to participate, what the audience's suggestions are, how long the scene should take). The so-called "delegate's challenge" is always delivered in an interesting, not to say spectacular manner. This time the Impro League members asked members of Siddharta to help, since all the delegate's challenges were named after the band's songs. Though improvisers in the audience tried to prevent the box from reaching the stage, in the end it was delivered to the hands of the right people and the audience gave all an enthusiastic round of applause.