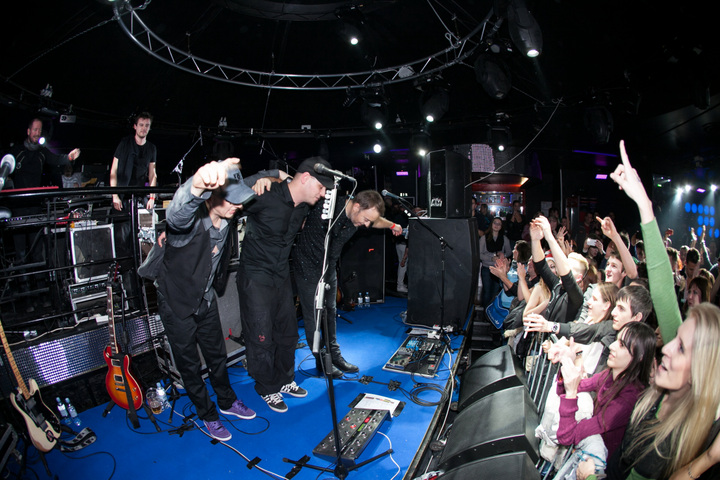 2013-12-23 | 68 pictures
The seaside was a bit warmer than the foggy Ljubljana, but the christmasy streets of Portorož were nonetheless empty. But the more the day gave way to night the fuller the streets became and it looked like we were up for a great show. After a tasty dinner in a great ambient of Figarole we headed towards the Tivoli's backstage and got ready for the show. We were trying to figure out when was it that we actually last played in Portorož and finally came to a conclusion that it was obviously too long ago. Despite the late show the crowd went wild. We enjoyed the two-hours-plus show and it seemed like we could play a little more.