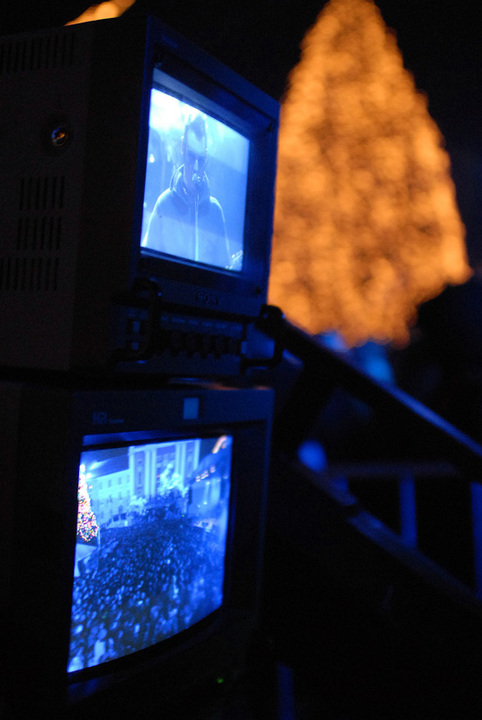 For the last show of our Petrolea tour that rocked Slovenia over past few months we chose Ljubljana. It's "our" town, where it all began...from creating first music to first shows in local clubs and pubs. However, we left out the city center and that was now redeemed. The concert took place in the very city center, at Prešernov square. The midday rehearsal already indicated the perfect evening. With the help of all three supporting acts that were joining us on this tour (naio ssaion, Leaf-fat and Tide – thanks to you all!!!) we managed to warm-up over ten thousand people. There is nothing more beautiful and magnificent to a musician than the feeling you get when you see the mass of supporters in front of the stage. It sure was a night to remember. We wish that the up-coming year would be much like this evening...full of joy, satisfaction and pleasure with good music and that we can always rely on you – our trustworthy fans. We love you all and wish you a very happy new year!