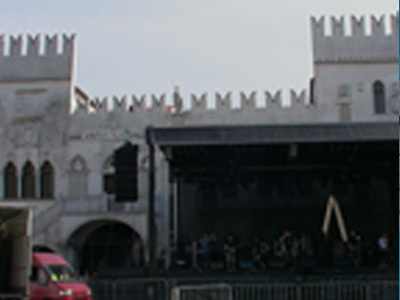 At about 1 PM we took off, heading for the coast, Koper to be exact, where we were to perform at the Rumena noč event. The weather was great and so was the atmosphere on the bus, which took us to the location of our performance: Tito Square in Koper, right up to the stage.

After the sound check we had all the time to check out some other events and concerts, for a dinner and a walk by the sea.

Our performance began a little after midnight and lasted for a good hour and a half. The full Tito Square and the energetic crowd kept us bursting with energy while playing and keeping the whole square on their feet. With this being the last concert before our holidays, it will stay well-remembered in our memories as it truly was wild, wild!

Have a great summer and we'll see each other again in the autumn.