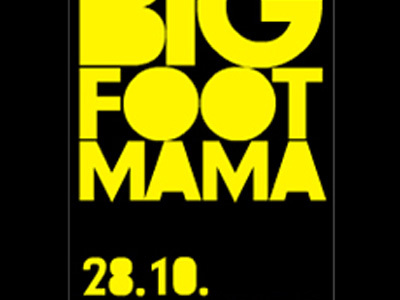 Friday was a busy day. All the performing bands gathered at Gospodarsko razstavišče in the late morning to go through the final rehearsal before the evening's reality. Compliments to the stage crew for being so organized! Even the final rehearsal went by without any complications whatsoever. We were even ahead of the schedule.

We took the afternoon time off to have a meal and a short siesta and in the evening we all awaited impatiently the beginning of the show. At 9 PM when the first band was on, the venue was almost full. From the very first sounds of music the audience showed their respect to the legends of Slovene rock and the atmosphere was excellent. Backstage was just the same. Rarely are various musicians so homogenous as they were this Friday. It was great to just sit there and watch the smiling faces. Our time on stage was around 11 PM. We played Neki sladkega and Ring. It went by quickly and smoothly. We recognized some familiar faces from our concerts in the crowd. The last stepped, or rather flew to the stage Big Foot Mama and wrung the audience well in their hour and 15. After the concert there was no lack of fun. It was over, as it should with rockers, in the morning hours. Once again: congratulations to the birthday band and many many more anniversaries like this!