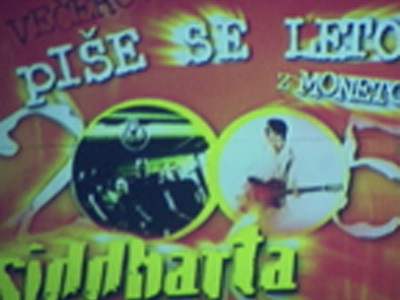 2005-06-17 | 33 pictures
Maribor. Back in the company of our domestic audience, we were warmly greeted by the Styrians. Together with Magnifico and Six-Pack Čukur we played in Maribor's Ljudski Vrt stadium. We arrived there at about 3 PM and our crew set up the stage. By 9 PM when it started, it was all set.
The 20-number playlist heated the audience for a good hour and a half. We were impressed by the magnificent view from the stage and we all enjoyed ourselves. Right to the end.