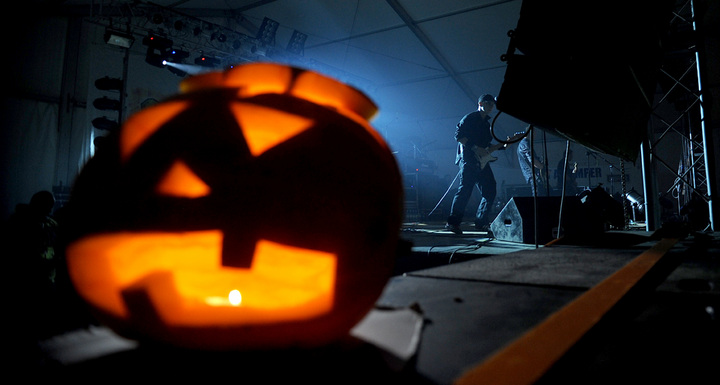 2011-10-31 | 39 pictures
We only had to leave Ljubljana and we feel into a warm caress of the autumn sun, which we missed badly for a few days now.  A walk by the seaside was a soulful necessity. There really wasn’t much time for these sort of things in these last few weeks when we are putting the final touches on the new album and DVD. A warm welcome at Karjola restaurant gave us strength and (mostly failed) attempts to produce a crossword puzzle shortened our wait to showtime.
The gig was tremendous!
It was exactly what we needed... The energy in the stage was spraying all over the place, the fans went mental and we alongside them. Truly amazing and impressing. Two hours flew by too quickly and Vojna Idej reverberated into a quiet Koper night. A few, photos, signatures and a happy birthday to our very own Duši.

Koper, till next time!