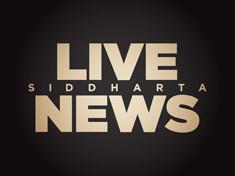 It’s been a hell of a year for us.

We‘ve released “Narava” video, written 13 new songs, been to LA and back, sailed the Mediterranean sea in unplugged mode, did a 3-and-a-half-hour stadium concert where we recorded our 6th album “VI” and a double DVD “Stadion Stožice”, Livingstone’s Last Kiss theatrical performance received the Golden Stick award, then we released the album “VI” (produced by Ross Robinson) and the double DVD with documentary in November, launched a video for “Postavi se na mojo stran” in December, had some truly great gigs throughout Slovenia, were part of “A maš tak flow” video done by our good friend & choreographer Miha Krušič, made some dreams come true to a few among you who more than deserved it, publication Aipa chose our video Platina (done by Testtube) as No. 1 Slovenian video of the decade (!) and now here we are with a simple conclusion; you made it all worthwhile! You made it possible! Without you most of these things would not come to be!

You are what makes us strong(er)!
You are why we are here!
You are deep within our hearts!
And for this we are deeply grateful!