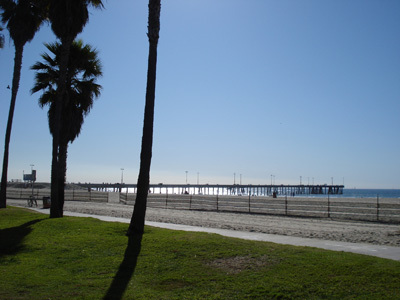 Tonight at 8 tuning in from Los Angeles

The first EP, Vojna Idej, having been released, Siddharta is not standing still. On the turn of 2009 they set for the studio in Los Angeles, more precisely Venice Beach, where for the last two weeks they have been working on new recordings for the new album. All this would be little to mention if they hadn't been taken in by one of the most legendary American music producers, Ross Robinson.

The cooperation between Siddharta and Robinson came to be soon after he heard their so-far recorded albums and showed a great interest in working with the band. Siddharta has been working on a special conceptual project, Saga, which has been coming to life before the eye of their audience. The project is not only about music but is also artistically broad and has a visually complete story. A different approach to creation and making of the tracks and excellent production by Ross Robinson are an announcement of changes in what we have heard so far and of an album more daring and of far more quality in production, which will melt the ears of the band's fans.

As we have got used to by now, the Saga concept offers all the fans an insight into daily updated photo and video content; in this respect, the band will not keep the Malibu experience to themselves either. Tonight, i.e. 12 January, 2009 at 8 PM sharp, the band will tune in live from L.A., exclusively on www.siol.net/siddharta-saga. Welcome all! Come see a bit of the happening Siddharta want to share with their fans.