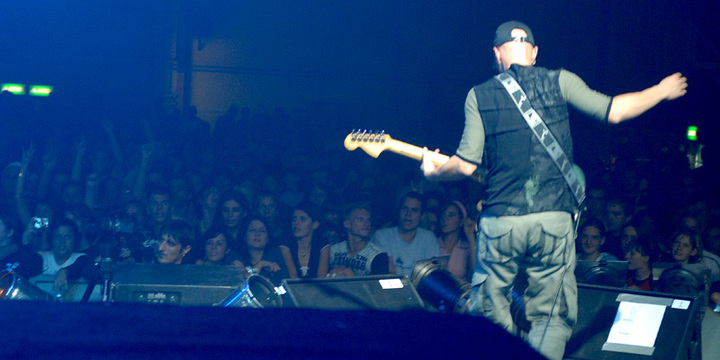 After cold Jesenice we arrived in Ajdovščina’s sport centre Police at 15:00, where practically everything was ready for the sound check and waiting for us. After the sound check we went on a late lunch. We were feasted with home cooking and drinks. We have to say the staff was exceedingly kind. After the lunch we had an hour time to get ready for the concert which started at 21:00. Our support band LEAF FAT was already warming up the audience. The temperature in the hall was rather high so we had to dress up suitably. Then we stepped on stage to start a good two hours of rock ’n’ roll party with the audience. The feeling on the stage was exceptional. This was also seen after the gig as we spend almost two hours hanging around and talking with our fans. This time we went to bed at about 4 a.m. Sunday’s rest was more than welcome.
We are looking forward to the coming concerts where the party will be the top priority. We’re expecting you. Be a part of rock ’n’ roll. See you!