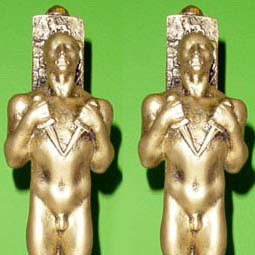 2004-03-20 | 11 pictures
Today the 2003 Viktor media awards were presented: Siddharta won two - the Popularity Viktor and the Viktor presented by the panel of expert judges.
The public voice brought Siddharta the title 'Music performer of the year 2003' and a confirmation of the success the band has achieved with the release of their third album Rh-, the sold-out stadium concert and a smashing tour which followed.

The panel of experts awarded the band another Viktor, the Special Achievements Viktor for 2003. Siddharta took the opportunity to thank all who helped them out to bring the huge Bežigrad stadium concert project to life.