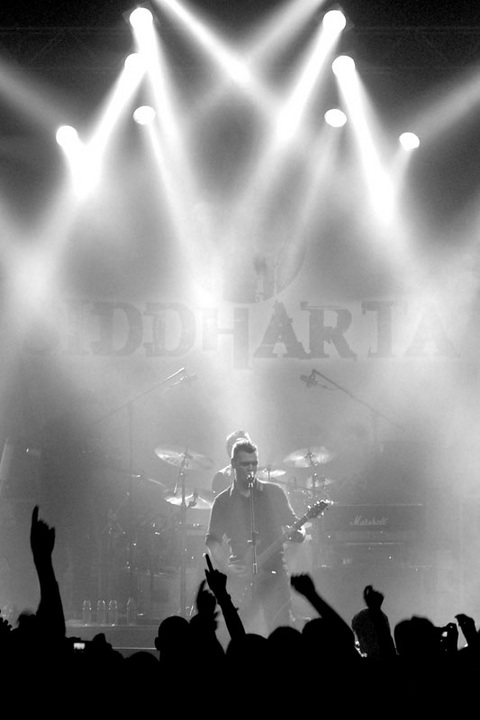 2006-12-02 | 13 pictures
The 4-hour-journey to MS came in handy to get some more sleep, lacking due to a previous night. Arrival in sleep mode - an absolute need for a coffee and a short walk through East MS followed. After dinner, we saw naio ssaion, the supporting act, and we felt great, which was also due to our crew members, who always make sure we have fun both, before and after the show. The gig was fine, audience completely satisfied, and the regular meet and greet in front of the cameras followed. In addition, our keyboard player reached 30 - what a happy atmosphere that was. The departure was late, obviously, we reached Ljubljana at around 7 a.m., took care of equipment and went to bed. That was our penultimate gig at Petrolea Tour, the epilogue follows in Ljubljana, in the very centre at Prešeren Square. All the details will be posted shortly. Till then, have fun and Merry Xmas.