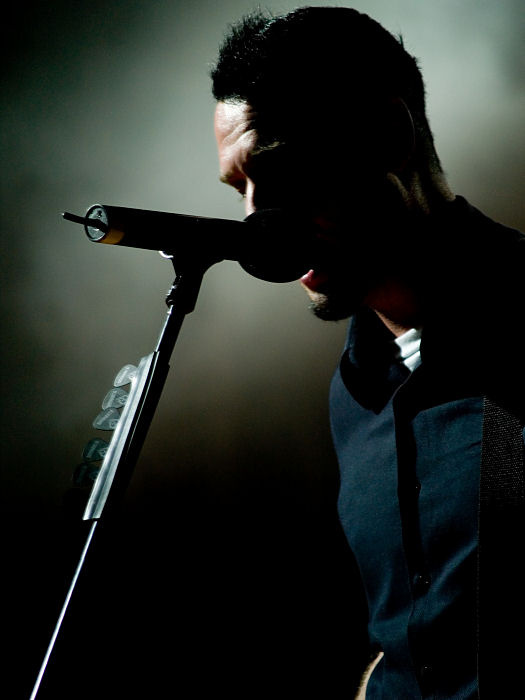 The concert took place in Novo mesto's main square on Saturday, 8 September, 2007. The stage hosted Urban4, Siddharta and of course the local top band Dan D. After arrival in Novo mesto, it was as usual time for sound-check, and after that dinner. After dinner we went to see the show of Urban4 but then it was our turn to take the stage. The square was filled with a crowd of some 3,500 to 4,000 people. Our compliments to the promoter! Everything was taken good care of so that it all ran smoothly! It was one of our better performances and we had the chance of performing in a new venue, at a new event, which kicked off this year for the first time. Our music rocked the crowd for a good hour and a half and after that Dan D, a band coming from Novo mesto itself, took over, while we joined them on stage later on to conclude the show with the Male Roke / Voda medley. The show and the entire event ended up in a party that lasted until early morning hours. We hope you had a good time. We'll meet again in Ljubljana's Hala Tivoli at the Siddharta Marathon on 5 October, 2007. We have some surprises in store, our widest repertoire ever and some interesting guests...