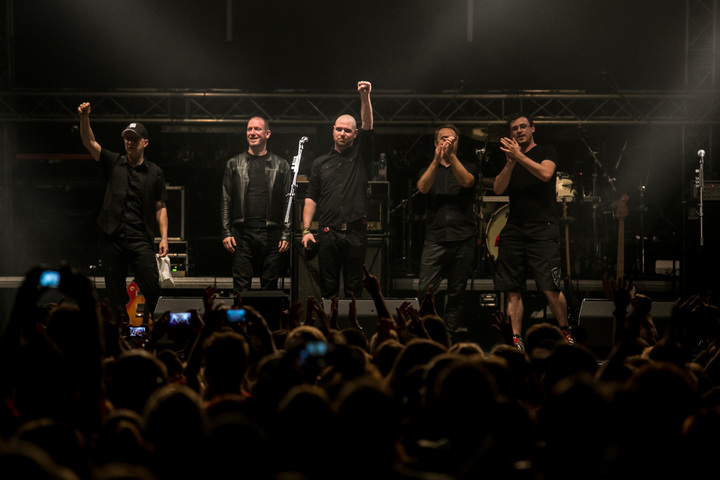 2014-06-24 | 65 pictures
After the acoustic concert in Maribor we switched our instruments and plugged them in for a gig in Murska Sobota. It's been six years since our last concert, damn it. Idyllic park near a castle and the kindness of hosts … How could we not be happy? After the sound check we hung out with out friends Orlek, watched the mandatory football match and then headed to Hotel Diana for lunch. At 10 PM we hit the stage and shook Murska Sobota. We enjoyed the gig so much it was over in a blink of an eye. After the concert we took some photos with our fans and then slowly headed back home.