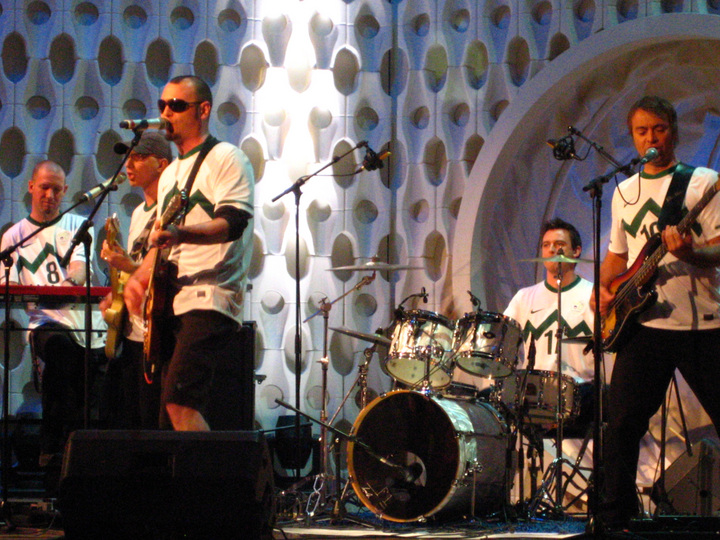 This Sunday, on 30 May, Siddharta performed the football anthem 'Dviga Slovenija zastave' (Slovenia Raising Flags) in the Sunday afternoon show on national television, NLP, only proving the fact that Slovenia has the best and the most rocking anthem. A guest in the studio, reporter Igor E. Bergant confirmed this and asked Slovenians to listen to and sing the anthem as often as they can and by doing so raise the footballers' spirits for the upcoming matches.

If you have not yet heard the anthem, Dviga Slovenija zastave, you may want to listen to it here.