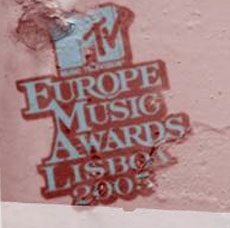 2005-09-29
We were there too when MTV Adria was launched. The presence of MTV in our region has brought many a good thing, including the opportunity for our artists to compete for the most prestigious European music awards.

MTV's 40-member panel of jurors called the EMA Academy has chosen 5 finalists among the 23 candidates from our region who made it to the World Chart Express on MTV European between August 2004 and August 2005; these are: Leut Magnetik, Leeloojamais, Urban & 4, Massimo and Siddharta. The winner will be chosen by you and will be presented with the MTV Europe Music Award in the category »Best Act – MTV Adria«.

Details about the MTV Europe Music Award and the voting can be found here.