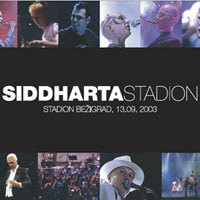 Siddharta on music TV stations and in the cinema

2004-09-08 | 23 pictures
Siddharta meets great response and strong support from music TV stations across Europe
On Monday 13th September, MTV European will introduce Siddharta's latest video in their 'MTV New' show. On top of that, Siddharta have been chosen as 'Artist of the Week' and the presentation of the band will be up on MTV's web page www.mtv.tv. Hence Siddharta's presentations will join those of the world-famous bands like Metallica, Maroon 5, Lenny Kravitz, Dido, Prince, and others.
From 20th September the video will be aired on domestic, as well as other significant European music TV stations: MTV (France, Germany, Holland, Nordic, Poland, Romania, Russia, Spain), Viva (Germany, Poland, Plus) and VH1.
All attending the premiere of Siddharta's documentary as a part of the event in Ljubljana will have the unique opportunity of seeing the new video on big screen in a live transmission of the MTV European programme.
The documentary movie will be shown in the Kolosej cinema buildings:
on 13th September at 5 PM in Ljubljana
on 14th September at 5 PM in Maribor
on 14th September at 7 PM in Celje
on 15th September at 5 PM in Koper